As a part of our sutra service at the temple, we regularly chant the Five Remembrances. Intended by the Buddha to ward off an impression of permanence in our current existence, these ancient words remind us that we are of the nature to die, and that we cannot escape separation from those who are dear to us.

It is stark reality – but it isn’t while chanting at the temple that I feel the weight of this realization.

Last night, in the brief interim between the frenzy of the day and the full silence of night, my wife and I were talking about our children. I commented about the way in which our youngest son had greeted me when I arrived home from work. He ran to me with a stack of coupons he had cut out of a junk mail flyer from the local warehouse store. We stood in the middle of the kitchen, the table being set, the oven opening and closing, his brother and sister whirling around us. He wanted to sit right there, right then, and show me. Later on, I wondered aloud to my wife about what had held him there. Was it the coupons themselves that he was so eager to share? Was it his pride in the careful cutting? Or was it just the chance be together, no matter what was at the center of it or what was going on around us?

My son is always reaching into my back pocket, looking for my phone to take pictures. He takes snapshots of crayon boxes, books on the floor, our feet together on a stool, cookies cooling on the counter, and toy dragons on windowsills. Pictures of each room, doorway, lamp, and family member. Hundreds of them at a time. It clogs the memory on my phone, and we try not to have our kids spend too much time with electronics. But I always give in when he asks. Each time I hear the shutter click, I feel his joy and his presence in that moment.

So when he was perusing and clipping these junk mail coupons earlier in the afternoon, my wife remembered, he had paused when he came across a camera. Could I get a camera, he asked her. She replied that maybe he should put it on his Christmas list. She showed me how his eyes brightened as he offered, Or maybe I should get a phone.

I could see his face in my mind as my wife finished this story and as I walked toward the kitchen to make the next day’s coffee. I could imagine his deep pleasure at the idea of having his own phone with which to take endless pictures. I reveled, as I reached into the cupboard, in how much I adore him.

Then, in the time it took to pull down the box of coffee filters from the second shelf, the warmth of that adoration was swiftly swallowed whole by the remembrance of change. My change, his change. The remembrance that I am of the nature to die, of the nature to be separated from him. From everyone. From everything. The feeling sank deep into my gut, an impossibly heavy mixture of sadness, anger, and confusion.

Some say the words of the Five Remembrances help them to live in the present moment. I didn’t have the sutra in mind then, but I did make an effort to stand in the kitchen and accept all that was being offered, that koan pulling deep inside me. Mostly, it was a moment filled with wanting desperately to go and wake up my son, to watch him walk about taking pictures, then sit closely and talk about the ones we liked best. Would it matter how tightly I held him?

The lineage scroll from Jukai rests,
tucked in the flickering shadow,
behind the incense bowl
and grandmother’s Buddha —

cold rattles the window and hardens the floor.

My sons might be ignoring me
across the space of the kitchen and family room.

In the minutes that just passed,
they had shared only glaring complaints
and intrusions into coveted space
in the struggle to get teeth brushed
and clothes exchanged for pajamas.

Now they have settled next to each other,
one reclining deep into the corner of the couch,
slowly turning a page,
and pulling on a fingernail with his teeth;
the other kneeling up to the cushion,
working the pieces of a wooden box puzzle,
alternatively holding his breath and exhaling with concentration.

I’ve called them to bed
but can’t repeat myself.
The silence brushes my skin
as I stand absorbed and unmoving.

My teacher often says that Zen is not a self-improvement project. And it isn’t. But it has changed me. I have noticed that I spend a lot less time planning my career, thinking about my degree, or fretting about how much money I’ll end up with. For that matter, I’ve pretty much let go of any idea of enlightenment beyond what I already have. Yet it seems that I still get caught up in trying to accomplish things – they’re just much smaller.

My mother stopped by on Sunday to spend some time with the kids. She and my daughter sat animated at the kitchen table, chairs pushed close together. They were piecing together a plastic cup, sponge, string, and some googly eyes, making a toy my daughter first made when she was she was five or six years old. If you wet the sponge, squeeze it tightly around and slide it down the string just so, it sounds an awful lot like a gobbling wild turkey.

(I am completely enamored of my daughter’s love for this sort of thing. She’s almost 10. I sometimes catch myself realizing that I expect her to be older by now, and that I’m so happy she’s not. But that’s mostly another story.)

This was just the sort of moment that I complain about not having the chance to witness or be present to. The possibility of being with my family, absorbed in something together, absorbed each others’ company. Except that I didn’t join them. I stood right there, leaning up against the butcher block counter, thinking about getting the lawn mowed one last time before winter, about getting the family budget balanced, about the need to roll out insulation in the attic and fix the broken glass in the window up there.

So much to accomplish.

There is real suffering in the desire for the moment to be something other than what it is, for it to be simpler. And there is a sense of impossibility in these moments, too. Graciously accepting what a moment has to offer could mean dropping away my own concerns and being fully present with my wife or child. But it also must mean accepting the part if me that feels the conflict, that part that is pulled away by a nagging mind wanting to do and to accomplish. In the world of emptiness, one isn’t better than the other. In the world of form, of fatherhood, of the kind of impermanence that means childhood years are short, I sure know which one I prefer.

For all of the regret that I might muster on my drive to work or in the quiet hours after bedtime, though, that moment in the kitchen has already passed. Zen practice is very reliable in that all that it asks me to do is to sit down. Perhaps there is no answer to the lure of accomplishment, either, but to sit down – or stand up, or run around – and play when someone comes asking. The small change may come. Or it may not. But I’ll be there.

As a wedding present for my wife
I rebuilt an antique dressing table
that I had found discarded on a sidewalk.
Coaxing the yards of inlay
into the old grooves
wore away awareness of time.

I’d like to make furniture,
and leave my shirts and ties in the hallway closet.
Surrounded by dust
and calloused,
silent inside the cacophony of tools.

If only I had planned for that life,

I could run down from the top floor of the barn
and watch the children step off the bus.
I could speak slowly about my day
and show my wife the curve in a piece of ash. 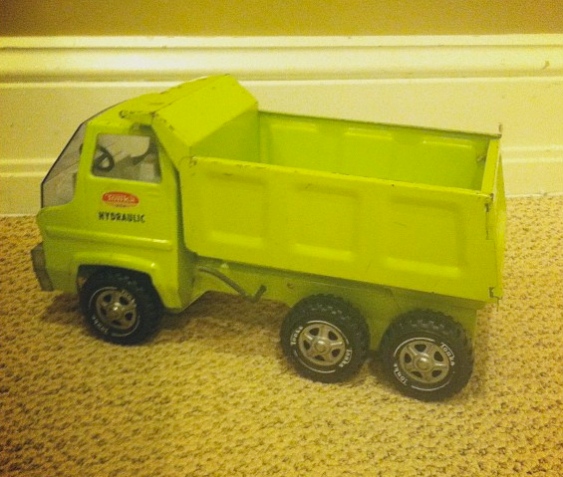 My daughter went to see the nurse at school yesterday, not feeling well, and she came home early. I wish I could have been there for her. Not because she needed me – her mother was there for her – but because it was a moment that I missed. I would have loved that hug.

Even though my wife teases me that I wouldn’t be able to manage all the day-to-day muck work that she does – and I think she’s right – I’m jealous of what she gets to witness. I would love to be there for the game of crazy eights with our five year old after his older siblings have gone off to school, for the trip to the library after school to see all three of them pore over books, for the trips to the pediatrician to watch them have their reflexes tested.

Monday morning, a holiday, I took the boys to Home Depot to buy concrete for a basement project. I bought new filter masks for them so they could help without filling their lungs with fine portland cement, and we came home and poured concrete. They poured the water and acrylic fortifier, talking eagerly about which one they liked best. Look at the concrete dust, they said, fully aware, fully present. Meanwhile, not wanting the concrete to set, I spoke too quickly to them as I moved in the tight spaces.

END_OF_DOCUMENT_TOKEN_TO_BE_REPLACED

in the midst of sitting
at the temple,
my mind began
to compose a poem

about how across the hall
in the dokusan room,
which i could see from my seat
in the zendo,
the chairs are all mismatched.

i don’t know what happened to it.

For a few years in my early twenties, my father gave me a piece of copper cookware every once in a while. Cooking was one of the ways we managed to connect, and the pieces were beautiful. And they were substantial. Weighty. As long as I took good care of them, they would last forever. I imagined I was building a permanent collection. I was building my life.

Over time, copper develops spots, and if you scrub it with regular soap and a sponge, it scratches quite easily. Instead, you have to use special cleaners and stay diligent about keeping up with them. My wife and I have occasionally fallen behind in this task, especially when we run out of the cleaner, which never rises quickly back to the top of the shopping list. After only a use or two, the pots begin to turn a mottled, and then even dingy, brown and stop reflecting the light of the room.

Eventually, though, some space opens in the time we have after a meal, and we get back on the bandwagon and clean the pots. But lately I’ve begun to wonder why we do it. Yes, they’re beautiful. And they might just last forever, or least for hundreds of years. But I’m not going to.

I do keep washing. There is something quite pleasing about the task itself, in the possibility of absorption in the water, the shine of the metal, the repetitive circular motion. Each time, though, what I hold in my hands feels a bit more like just a pot.

sitting
with a mind that
won’t come to ease,
dragged about by
the insistence of the mundane.

the old steam radiator whistles
and
i am in the room.

grateful to have been

Close to my heart: Prose

Zoe & A Boy
Saving All Beings

Close to my heart: Poetry